Opinion on this species is sharply divided, many authors have commented on MIP but there is no evidence either way that is strong enough to make a compelling argument and the placement of the taxa is more by default that based on any strong evidence. More work is needed especially in areas of molecular data and microscopic examination of the bones of the skull. As such time we can then say some authority what species this is and if it is indeed a synonym and if so of what or perhaps a species in it's own right.

So without being able to say either way what it is I prefer to refer to it as species inquirenda, a species of doubtful identity requiring further investigation.

From Killi-Data 2013:
Systematic remarks (with taxonomic history): well defined, but variable over huge distribution (taxonomic history : the fish is known since long before its description in 1968, but misidentified as cameronense or striatum ; described as a subspecies of striatum, it is moved to full species status by Radda & Huber, 1976 ; Seegers, 1988, synonymizes it into escherichi, but this is not accepted by Scheel, 1990 and challenged by Huber, 1998, however, last published evidence by Sonnenberg & Blum, 2005, follows Seegers's synonymization). 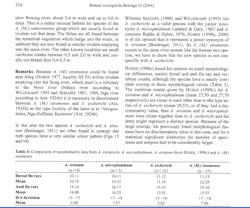 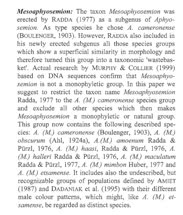