"Contrary to the widely held view that P. omalonotus is broadly distributed on the western versant of Madagascar (Arnoult, 1959; Kiener, 1963; Scheel, 1968), this species is restricted to the island of Nosy Be, to the basin of the Sambirano River on the immediately-adjacent mainland, and to several small independent coastal streams on the Ankify peninsula (O. Lucanus, pers. com.), immediately to the south of the mouth of the Sambirano (Figure 5). Pachypanchax omalonotus is replaced in river drainages to the north and south by as yet undescribed congeners." - P. 10 of Loiselle 2006 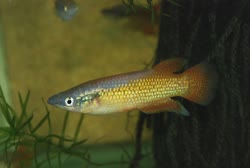 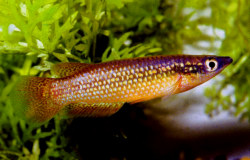 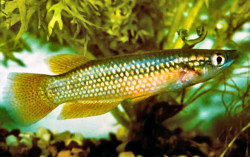